About my research
My research interests span both low- and high-temperature geochemistry and cosmochemistry, including the formation and differentiation histories of planetary bodies, and weathering and depositional processes on planetary surfaces. I use isotopes, non-traditional stable isotopes in particular, as my primary investigative tool. To measure the isotopic compositions of terrestrial and meteorite samples precisely and accurately, I perform ion exchange chromatography to extract the elements of interest in an ultra-clean laboratory, and then use a multi-collector inductively coupled plasma mass spectrometer (MC-ICPMS) to precisely determine the isotopic ratios. In addition to MC-ICPMS, for some studies I also use other techniques such as Thermal Ionization Mass Spectrometry (TIMS) and Nuclear Resonant Inelastic X-ray Scattering spectroscopy (NRIXS) to gain a comprehensive picture of the systems under study. Some of the previous studies are listed below. 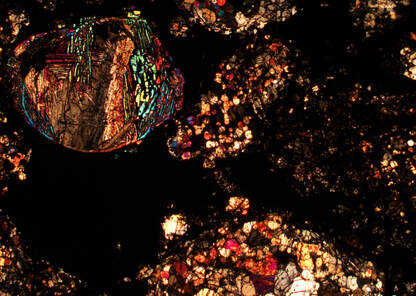 The origin of volatile depletion in carbonaceous chondrites
Many planetary bodies are depleted in moderately volatile elements (MVEs). Among them, carbonaceous meteorites, one of the most important building blocks of planets, display MVE depletion at various degrees, and the causes have long been debated. To investigate this question, we developed a chemical purification method so that both K and Rb could be simultaneously extracted from a same sample, and analyzed for their isotopes in those meteorites. Combining the two isotopic systems allowed us to distinguish between the various mechanisms that could have contributed to the MVE depletion, including evaporation, condensation, aqueous alteration, and inheritance of pre-solar nucleosynthetic products. The study shows unambiguously that incomplete condensation of MVEs into chondrules (mm-sized silicate spherules) drove the MVE depletion and isotopic variations in those meteorites. Furthermore, this condensation-driven K and Rb isotopic variations are closely related to the chondrule cooling rate, one of the most important parameters for studying chondrule formation conditions. The study provides a new and independent constraint on chondrule cooling rate (~500 K/hour), and highlights the significance of using combined isotopic systems to trace early solar system processes. Read more 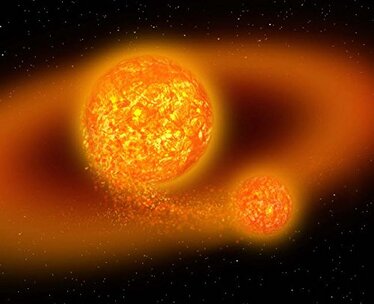 The origin of the depletion of moderately volatile elements (MVEs) in the Moon
The prevailing view for the formation of the Moon is that it was derived from a disk created by the collision of a Mars-sized body with the protoEarth (the so-called “giant impact” hypothesis). Although the hypothesis can explain many features of the Moon, it cannot readily explain why the Moon is depleted in MVEs (e.g, K, Rb, Cu, Zn and Ga) relative to Earth. We investigated this question using a new isotope tracer of Rb, as this element is very sensitive to volatilization processes, but is largely immune to lunar core formation. We measured high-precision Rb isotope data on selected lunar samples recovered by the Apollo missions. The new data showed that lunar volatile elements were very likely lost to the Earth through viscous drainage from the protolunar disk at a vapor saturation level of ~99%; this is a natural outcome if the viscosity of the vapor disk was controlled by magnetorotational instability. The model quantitatively explains the depletion and isotopic fractionation of MVEs in the Moon. Read more 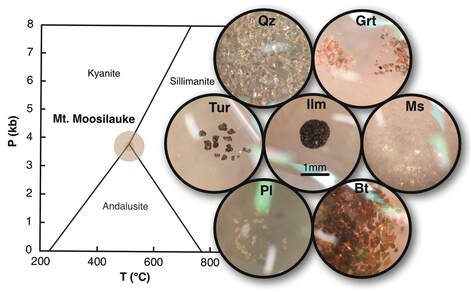 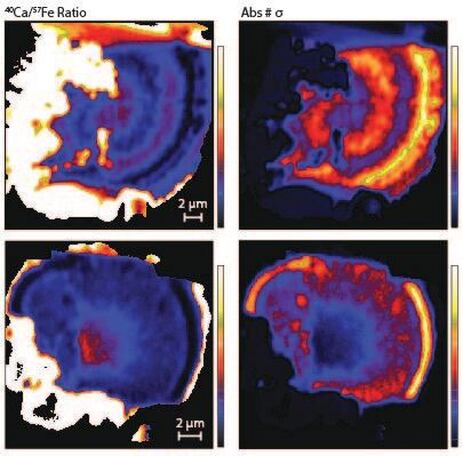 Formation of hematite spherules in Hawaii, an analogue for Mars
Understanding how Martian "blueberries" were formed is essential to reconstructing the conditions that prevailed on early Mars. Given the unavailability of samples, studying terrestrial analogues provides an opportunity to obtain a more comprehensive picture of their formation. Hematite spherules that share many similarities with Martian "blueberries"have been found on Mauna Kea volcano, Hawaii. We performed a systematic Fe isotope study of Hawaiian spherules and associated lithologies. The work examined samples that experienced various types of alteration (e.g., acid-sulfate alteration, hydrolytic alteration, hydrothermal alteration at high pH, and high-temperature dry oxidation), and found that acid-sulfate alteration was the only process among those studied that could mobilize the large quantities of Fe from basalts to produce the hematite spherules. By further investigating Fe isotopes of various samples associated with acid-sulfate alteration, and combining the elemental profiles of spherules obtained with NanoSIMS, we reconstructed the history of Fe leaching, precipitation, and mixing processes in relation to spherule formation. The work provides a useful roadmap for analyzing future returned Martian samples. Read more 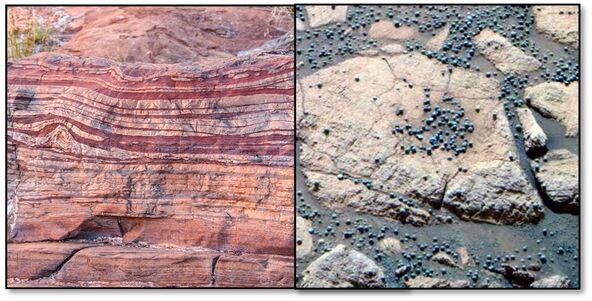 Iron UV photo-oxidation on the early Earth and Mars
Banded iron formations (BIFs) contain appreciable amount of ferric iron (Fe(III)), but the mechanism by which ferrous iron (Fe(II)) was oxidized to Fe(III) in an atmosphere that was globally anoxic is highly debated. We investigated the possibility of UV photo-oxidation as this oxidation mechanism. Indeed, the oxygen-free atmosphere in the Archean could have allowed about five times more UV light to reach Earth’s surface, oxidizing Fe(II) in the top layers of the oceans. We investigated this hypothesis by designing and performing laboratory photochemical experiments involving the oxidation of Fe(II) solutions by UVs under anoxic condition. By measuring the Fe and oxygen isotopic compositions of the run products at ultra-high precision, and comparing the results with isotopic signatures of natural BIFs, we showed that UV photo-oxidation was a viable pathway to BIF formation. Based on our experiments we also estimated the quantum yield of Fe UV photo-oxidation, which was used to test and model UV photo-oxidation on Mars to produce Martian "blueberries" (hematite spherules). We found that photo-oxidation in shallow water ponds under ancient Martian conditions could be fast enough to produce the large quantities of Martian "blueberries", demonstrating the importance of UV photo-oxidation on shaping the surface of early Mars and Earth. Read more